Aviation and East Anglia has a historic association, this English county was the home to numerous RAF and U.S. wartime squadrons. Today aircraft activity is quieter, but no less enthusiastic. Based in a neat hangar in rural Norfolk homebuilder Phil Rigby is completing his second kit build aircraft using Trig products.

Phil trained on flex wing microlights but always wanted to fly a conventional 3 axis fixed wing type. On a budget he purchased a Sky Ranger Swift, a kit that has become popular both the U.K. and further afield too. Phil said, “My expectation was that it would be inferior in some way to the others, but I was delighted to find it was at least as good in every respect.”

“At the time, I couldn’t afford a transponder, but wanted one & intended buying a Trig unit as soon as I could afford it. I even stuck a picture of one in the space I’d left for it on the panel.”

Phil flew his first Sky Ranger G-SIRE for 180 hours, but the introduction of a new improved version the ‘Nynja’ caught his eye. Improvements to the aircraft design, less fabric and easier fuel filling prompted an upgrade! The Nynja is registered G-TIDY and given Phil’s attention to detail and quality of finish this registration is a fitting reflection of his hard work.

Phil had suffered a succession of problems with other avionics brands, this made him nervous. Having suffered a two month delay on a repaired radio (not Trig) Phil considered his options carefully. Phil was very impressed by the TY91 radio which he saw at the NEC Flying Show and he decided to purchase.

“I chose Trig as I can talk directly with someone in event of a problem, they will loan me a unit if a repair is needed. I felt confident about the company and I liked the quality and the broad positive feedback from the UK Trig user base.”

Phil also preferred the styling of Trig, he said, “the radio and transponder header units are not greedy on panel space, whilst their profiles are harder to achieve, I find them pleasing if done well.” Phil also appreciated the separate radio hardware which he mounted somewhere “quiet and safe.”

In planning the ideal panel for G-TIDY Phil started with a paper template, prototyped in wood and finally he made an alloy panel. Realising the degree of effort required to fabricate a metal panel he figured there had to be a better way. He found a small local company that offered metal laser-cutting, this gave consistent and very high-quality results. Phil needed to provide the company a CAD file so he learnt the basics of a suitable software application. 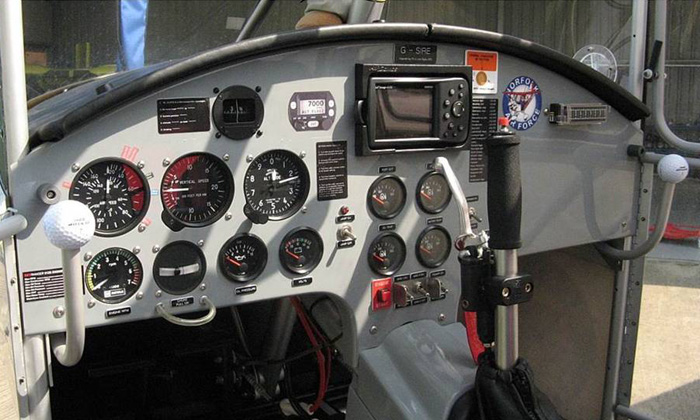 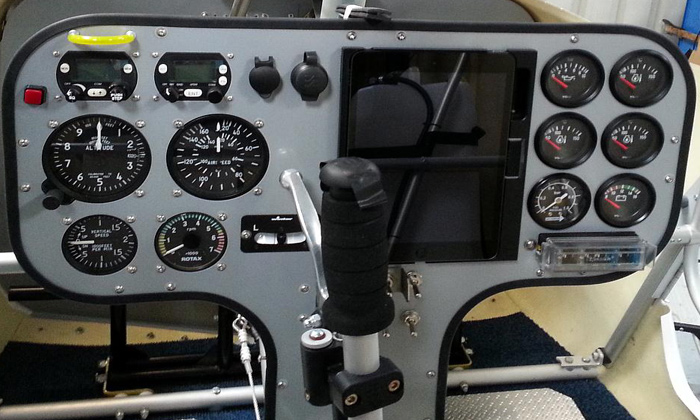 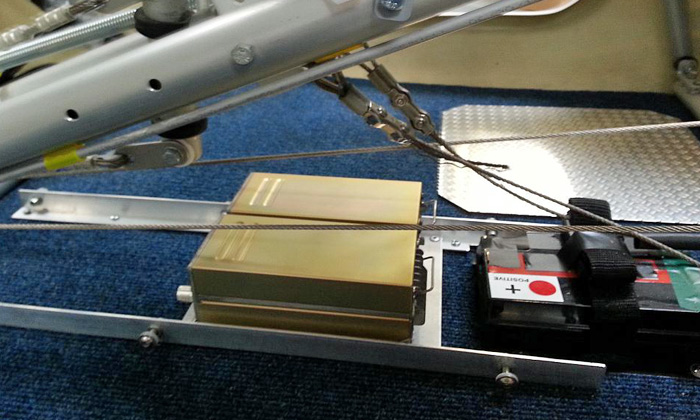 “I was staggered by the quality of the finished results, way better than my manual skills so I found myself criticising bits with which previously I’d have been delighted. As a result, I revised the design a further 3 times, before I was entirely happy. Using CAD enables changes to be made easily, the cutting process takes 5 minutes or less!”

The radio and transponder are now in the panel, positioned for good visibility and ease of use. “I like the dual-frequency ability of the radio which allows listening to one frequency while using another, my strip lies midway between Norwich and Marham zones, so it’s been difficult in the past to decide which to listen to.” Phil plans to fit his GPS to the transponder and activate ADS-B Out, he will also hook the radio up to his Garmin 496 as frequencies are automatically routed to the TY91 controller display.

As Phil approaches the end of the project he shared that he would appreciate a pre-made harness to connect the controller and back box. Happily the Trig Support Team was able to refer Phil to an Approved Trig Dealer who is providing a suitable cable, to enable Phil to commence wiring. This will save time and allow Phil to move closer to a first flight and hopefully many hours of enjoyable flying in G-TIDY. In the final analysis Phil shared, “I’m glad I bought Trig!” 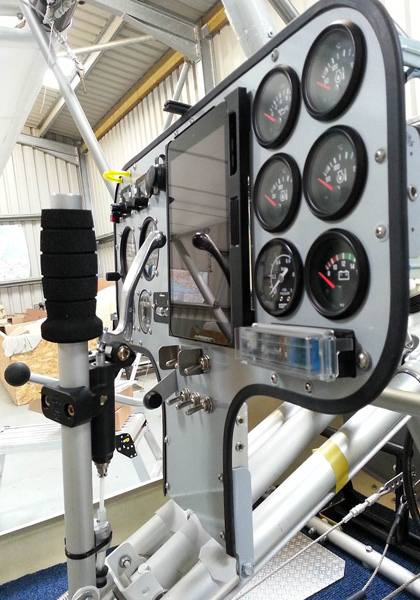 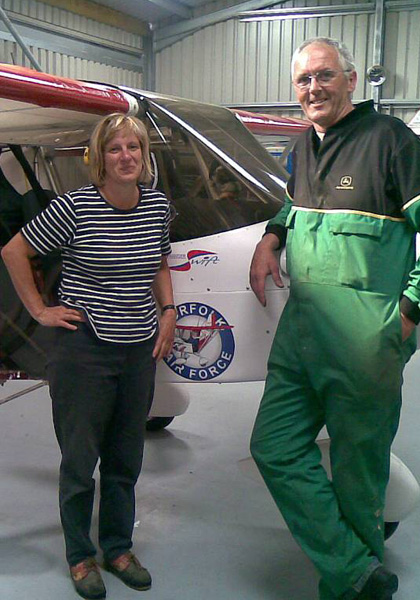 Delighted with the results!