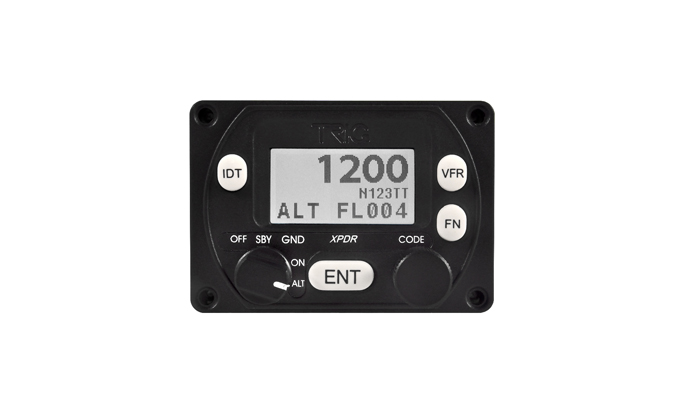 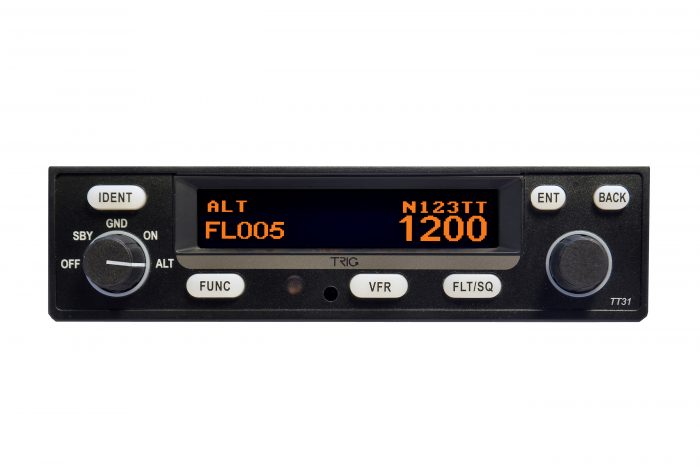 Automatic Dependant Surveillance – Broadcast (ADS-B) is not a new technology and whilst it has been around for the last 20 years recently it has started to bubble to the surface, emerging as a relevant topic for the GA pilot. Traditional SSR technology is becoming outdated and expensive to maintain, new modern surveillance techniques are now being introduced and ADS-B is being mandated across the globe.

A simplified explanation of ADS-B is that instead of ATC working out where you are by using primary and secondary radar systems, an aircraft broadcasts its own position. That means basically you will need two things, something to work out your position and then something to report it.

GPS is the technology of choice in aviation to work out your position and when large transatlantic passenger jets use their highly sophisticated GPS to supply positional data to an ADS-B transmitter; no problem. Now, let’s think of the same scenario for GA! Firstly, not everyone has a GPS, and secondly the GPS engines available for GA range from handhelds through to moving map displays with integrated WAAS GPS. Many different varieties but are they all good enough for ADS-B?

Let’s look at what an ADS-B message actually contains. The transmission from an ADS-B device provides information such as altitude, aircraft ID, SPI indication (also known as “ident”), velocity information, GPS height, aircraft category, position and positional integrity. This last piece of information “positional integrity” is more often than not the stumbling block for low end GPS devices. They may well be very accurate, but unless they can also transmit with certainty that the data is correct by supplying an integrity value, then they can’t be used for ADS-B.

One of the benefits of ADS-B is that it enables closer separation of aircraft which share the same airspace. This allows more direct routes through busy airspace and ultimately saves time and fuel costs. If a compliant ADS-B aircraft transmits a message saying, here is my position, here is how accurate I am and then here is how certain both of these are correct (integrity), it’s as though an imaginary little bubble of airspace can be drawn around the aircraft. To ensure safe separation, Air Traffic and other aircraft could say, “well it must be somewhere in that bubble”. If everyone else has the same sized bubble, keeping them apart is simple – as long as the bubbles don’t touch!

Now, imagine Mr. Handheld GPS who is reporting his position and accuracy, but with no integrity. There is no way of telling whether the position information is correct and his bubble will be considerably larger by default. Now everyone now has to scatter as he ploughs his way through airspace. In reality he wouldn’t be able to mix with smaller bubbles and would be told by ATC to take a long and possibly extended route around ADS-B controlled airspace.

If the GPS is one part of the jigsaw then another piece is the ADS-B transmitting device. If you are familiar with Mode S transponders then you will probably recognise most of the information contained within an ADS-B message. When you connect a compliant GPS source into a Trig transponder, all the Mode S data already stored in the device’s registers is combined with the additional GPS data to make up the complete ADS-B message also known as an “Extended Squitter”. Transponders from Trig are compliant to RTCA/DO-260B requirements which are the latest international standards for ADS-B.

There is advisory material published by aircraft authorities, this explains the requirements for ADS-B and CASA have produced AC21-45(1) which gives guidance on what you will need to do to fit ADS-B. In Australian a mandate for ADS-B applies to aircraft flying above FL290 which came into force in December 2013. However, there is an NPRM 1105AS which proposes dates for ADS-B mandates within Australian airspace.

For IFR capable aircraft placed on the CASA register before 6th February 2014, ADS-B Out is required by the 2nd February 2017.

For IFR capable aircraft placed on the CASA register after 6th February 2014 must be ADS-B Out equipped.

For all IFR capable aircraft operating in airspace Classes A, C, E extending 500nm to the North and East of Perth Airport must be ADS-B Out equipped by 4th February 2016.

The performance criteria for ADS-B equipment are described in various revisions of RTCA/DO260. The USA has mandated that only DO260B standard (also known as version 2) will be accepted, although CASA will accept equipment meeting the earlier revisions of RTCA/DO260 and DO260A as well as DO-260B. This is the current situation but I would not be surprised if Australia and indeed Europe eventually follow the USA and adopt DO-260B as the only accepted standard.

As an avionics engineer I am well aware of the range of cool gadgets that you can spend your hard earned cash on, but that has always been your choice, to suit your individual needs. The question people are asking, especially in the USA, is why should I spend money upgrading to ADS-B, what’s in it for me?

The skies are getting more congested, especially around key airports, so it is becoming necessary to utilise this busy airspace more efficiently. With conventional Secondary Surveillance radar (SSR), the positional accuracy is not all that great and as a result this limits the minimum separation distance between aircraft. Levels of separation and the accuracy of positional information has been good enough in the past, but with more and more aircraft piling into the sky reducing this separation distance suddenly becomes much more important.

Since ADS-B uses GPS positional data, this accuracy is immediately increased and if everyone is playing the same game we can reduce aircraft separation further. This is especially true in areas which have no current radar coverage. Apart from the obvious air safety improvements, this gives additional benefits to pilots with more direct routes becoming available saving time and fuel. With everyone transmitting ADS-B this also gives opportunity for pilots to see traffic around them by installing an ADS-B receiver. Improving your situational awareness by having a live ATC-like picture in your cockpit enhances flight safety, giving pilots more confidence in the air.

So we’ve established what ADS-B is and how it can make our skies safer, but what does that physically mean to the aircraft owner digging his hand into his pocket? Well, Trig has completed an STC in the U.S. installing ADS-B Out on a Mooney M20C and we will continue with more STC projects using common suitable GPS equipment on a variety of aircraft. We intend to supply this STC information to our customers and create a simple path for installers wishing to upgrade to ADS-B. 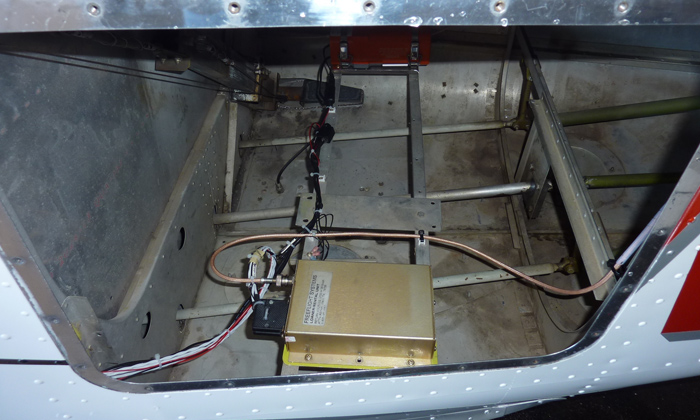 The blind WAAS GPS unit in the rear fuselage 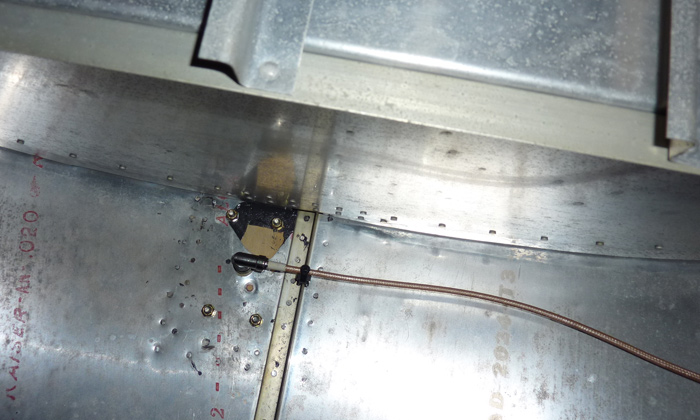 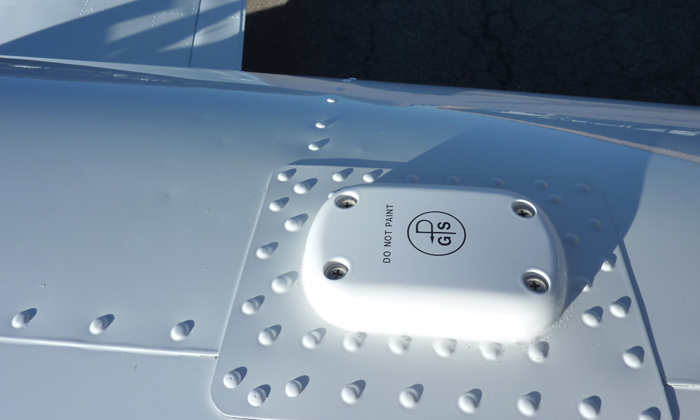 The USA has set their ADS-B Out mandate for 2020. We need STC approval before we can introduce updated ADS-B software. Our STC will be the flagship, proving compliance. We chose the popular Mooney M20C aircraft to show how GA can easily install a complete and compliant ADS-B Out system.

Trig is based in Edinburgh, Scotland and being a U.K. company we could not apply for an FAA STC, so we partnered with an American company to help us with the project. We spoke to Peregrine Avionics based in Denver, Colorado who have numerous STC’s to their name and experienced personnel throughout their team. After some successful correspondence, their down to earth and positive attitude sealed the deal and we moved ahead.

Our TT31 is a class 1 transmitter and certified to FAA TSO-C166b which means it will report version 2 or RTCA/DO-260B standard of ADS-B messages required by AC20-165. The Freeflight 1201 GPS is certified to TSO-145a (RTCA/DO- 229C) and also meets the additional requirements for use as an ADS-B position source.

The actual installation was fairly straightforward and both the transponder and GPS were fitted according to their installation instructions, so no dramas there. The TT31 slotted into the main avionics stack whilst the blind 1201 GPS unit was mounted in the avionics bay inside the tail section.

As it suggests, automatic air/ground switching allows the transponder to automatically switch from airborne mode to ground mode without any input from the pilot.

The FAA AC20-165 stipulates the aircraft must have automatic air/ground switching which meant we required additional equipment for the Mooney. The CASA AC21-45(1) does not reference a direct requirement for automatic air/ground switching, however it should be a consideration since ADS-B airborne messages are different from surface messages. One feature of ground mode is that you will be squittering ADS-B surface messages, which relay practical information like aircraft length, wingspan and ground speed. This helps paint an accurate ground picture for coordinating taxiing manoeuvres to Air Traffic Control and other ADS-B traffic equipped aircraft. Airborne messages do not contain such detailed aircraft dimensions because hopefully you’ll be separated by more than a few feet and wing span therefore isn’t an issue!

The Mooney doesn’t have a squat or weight-on-wheels (WOW) switch fitted. Using ground speed data from the GPS alone to determine air/ground status can lead to false reporting since flying into a strong head wind can, in extreme cases, reduce your ground speed to practically zero whilst you are still at a few thousand feet in the air! For this reason we used an airspeed switch connected into the pitot system to act as an alternative air/ground switch, this enables the TT31 transponder to compare this with the GPS ground speed ensuring the aircraft is actually on the ground.

The airspeed switch was set up to switch from ground to airborne below the Mooney’s stall speed but above the maximum expected taxi speed. The value chosen was 34 knots as the M20C stall speed is 54 knots and presumably if you are taxiing at 34 knots in a Mooney then it should be technically be called take-off.

Another hurdle we experienced was not specifically a problem for ADS-B installation, but is a commonly known interference between GPS and the VHF Comm system. Transmitting on certain VHF frequencies can cause harmonic interference with the GPS systems and cause it to lose position fix, which is clearly not ideal for ADS-B! A simple re-arranging of the antenna to increase the distance between them solved this issue.

With the installation completed the equipment was ground tested using an Aeroflex IFR6000 transponder test set. This doesn’t require a lot of explanation because as soon as you interrogate the aircraft, the test set displays all the information required throughout various menus so the test was actually very quick. We pumped up the static system to check the automatic air/ground switching then took it flying for the final flight tests.

The testing was a roaring success! The FAA captured all our ADS-B data during our flight test and the post analysis proved the Mooney was good to go.

The STC process can be expensive and daunting to the average GA aircraft owner which is why Trig are committed to provide quality solutions aimed at GA pilots. We plan to provide our STC to customers for free when everything has been signed off by the FAA, this helps ease the burden on the costs associated with installing ADS-B Out.

CASA will accept an FAA STC installation for ADS-B which means you could upgrade your Mooney and see the benefits of ADS-B today with a Trig transponder that is fit for the future. 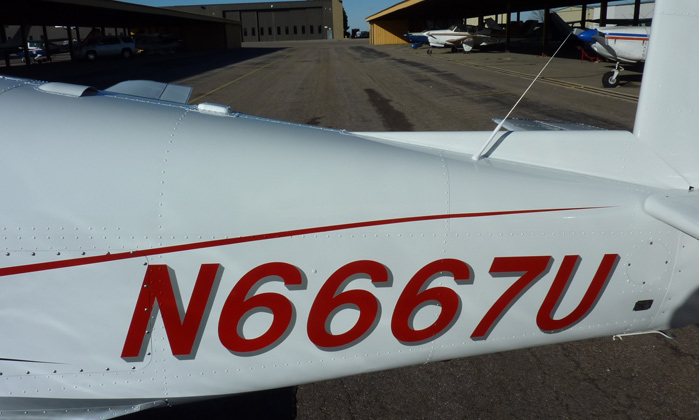 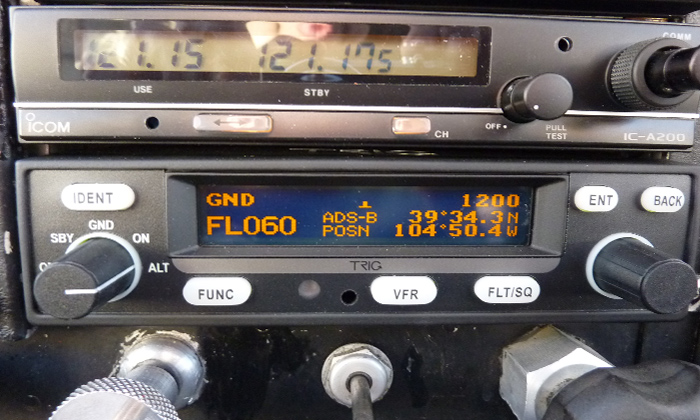