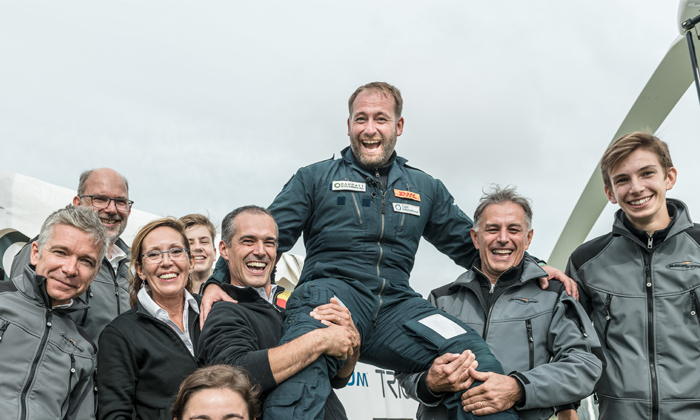 Read more about James Ketchell’s world record breaking flight and his reflections on the trip.

Find out about this epic journey 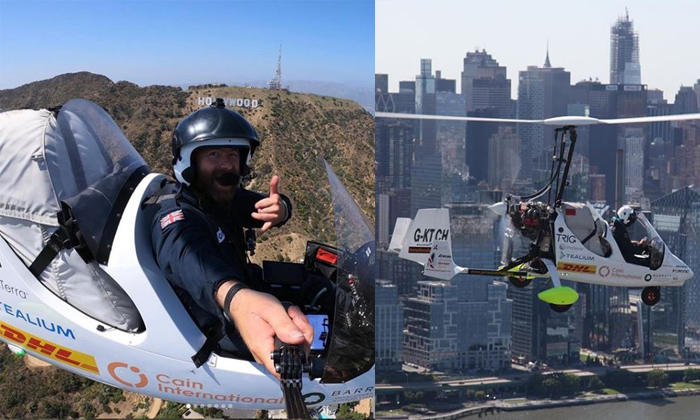 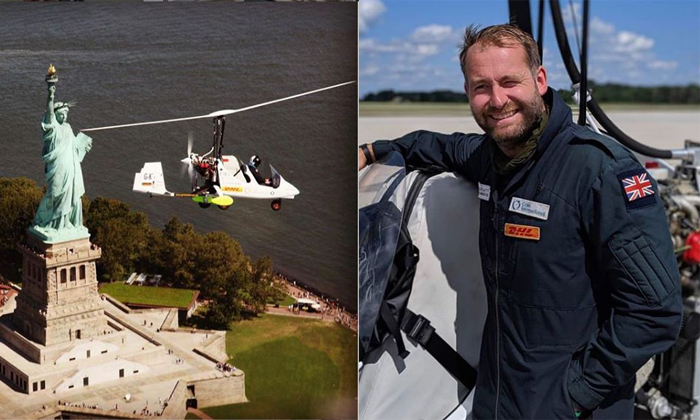 James Ketchell is now en route to the first ever world circumnavigation in a Gyrocopter.

British serial adventurer James Ketchell has now completed his solo record breaking flight around the world. This set the first FAI ‘speed around the world’ record in a Gyroplane.

His flight was supported by Trig, his Magni Gyroplane is equipped with a Trig TT22 transponder, TN72 GPS position source and TY91 VHF compact radio. These products are certified to ICAO aviation standards and meet international mandates, allowing world-wide use.

Jon Roper, Marketing Manager at Trig said, “James’s dedication to his mission, his fund-raising activities and commitment to inspire young people deserves our support. Trig’s light weight avionics are built to withstand the arduous conditions James has faced. His TT22 transponder was vital for surveillance. His TY91 radio allowed James to speak to air traffic controllers during his 37,000 km world record flight.”

James is the first and only person to have rowed across the Atlantic Ocean, successfully summited Mount Everest, cycled 18,000 miles around the world and now fly around the world in a Gyroplane.

On the 31st of March James took off from Popham Airfield in Hampshire. He flew through France, Germany, Poland, Lithuania, Estonia and into Russia. Crossing the Bering Straits to Alaska, Jamesflewacross Canada, the USA, Greenland, Iceland, and the Faroe Islands before heading back to the UK. Every kilometer of James’s global flight was  tracked online here. 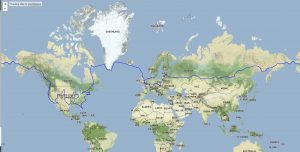 Tracking James’s flight is possible because a Trig transponder and a TN72 GPS is ADS-B Out capable. Automatic Dependent Surveillance Broadcast or ADS-B is a surveillance technology used in Trig transponders. It improves safety, visibility – giving James peace of mind as he flew in both remote and busy airspace. This equipment is affordable, easy to install and can benefit any pilot at home or abroad.

James is passionate about helping young people. He visited many schools throughout his flight, sharing his adventure, he aims to inspire every young person with the belief that they can achieve their goals and dreams. This reflects his own story, following a serious motorcycle accident James recovered to become the first and only person to have rowed across the Atlantic Ocean, successfully summited Mount Everest and cycled 18,000 miles around the world in what the media dubbed “The Ultimate Triathlon”.

James has raised funds for two charities: Kindled Spirit, who support and rehabilitate young victims of human trafficking and slavery; and Over The Wall, who run residential activity camps for children with serious health issues. To add your valuable support please go to James’s just giving page here.