Flying extreme aerobatics makes the highest physical demands on both pilot and machine.

The Red Bull Air Race involves accurate low level flight at speeds in excess of 230 mph and pulling high 10G+ manoeuvres. Trig transponders and radios are the choice of champions. Aerobatic pilot Nigel Lamb became Red Bull World Champion in 2014 – he achieved this victory with a Trig transponder in his plane. More recently he has installed TY91 radios in his MXS aircraft in a bid to secure the title again.

“The TT21 transponder has performed well – it seemed wise to go for twin Trig radios.”

Replacing his previous radio with a pair of TY91 radios reduces weight, improves performance and significantly enhances his communication capabilities. The first Red Bull event is in Abu Dhabi and Nigel shared his plans for the coming season, “I’m aiming to fly fast and have fun!” he said, explaining his choice of Trig. “I was enticed to Trig when we did our first weight saving build back in 2009. The TT21 transponder has performed well and I like the functionality, so when we decided to fit two radios it seemed wise to go for twin Trig radios.”

Nigel made use of the winter season to prepare, what did he think about the installation? “The installation of twin TY91 radios was easy and I’ve gone for bullet-proof simplicity, without fitting a second antenna. The units are small and lightweight and easy to use, I enjoy the clarity of the display. Having a small panel in the aircraft makes the remote head very useful.”

In world class level aerobatics the focus on managing weight is critical. Nigel is pleased with the results, he said, “Keeping the MXS aircraft at the minimum weight with enough flexibility to control the aircraft’s centre of gravity is important. Additionally, since a radio failure means you’re likely to miss the race and valuable championship points, I feel that by using two radios we are almost immune from a comms failure. Unless the battery and alternator are both dead I should still be able to get a clearance to enter the track.”

Nigel reflected on the season, “It was fantastic to win the world championship in 2014 but we are motivated to win the title again. So what get’s Nigel out of bed each morning? Amusingly he shared “What gets me out of bed in the morning is the gentle nudge from my lovely wife Hilary, when it’s time for a cup of tea and it’s time to make breakfast for our youngest son Ben before he heads off to school!” 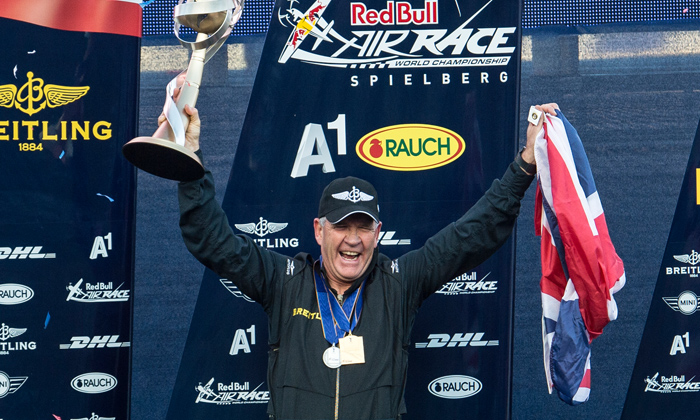 Nigel has his sights set on victory again 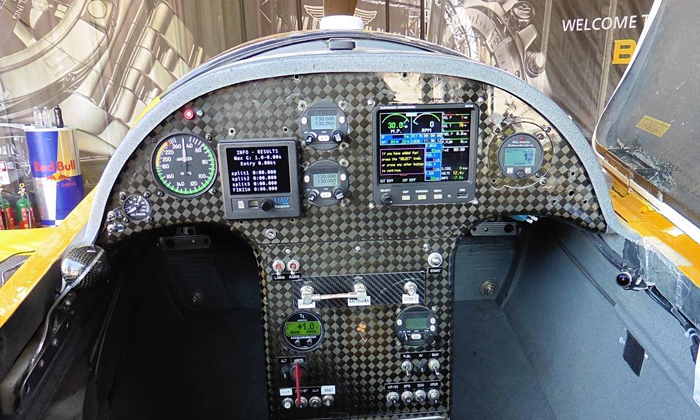 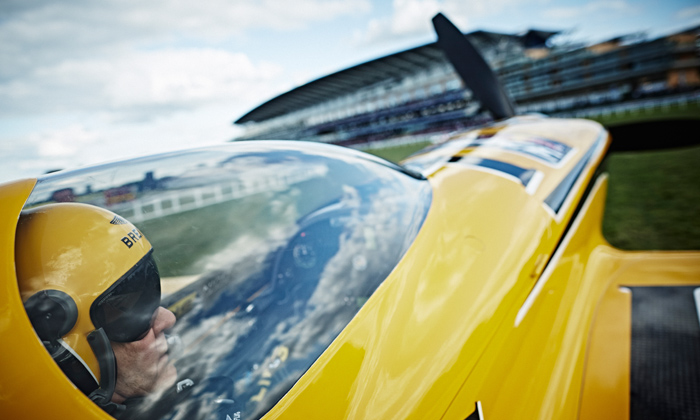 On the grid, ready to race - each TY91 is vital for communications