Keeping a flying tribute in the skies

The last remaining airworthy B-17 Flying Fortress in Europe uses a Trig equipment to ensure access to airspace and maintain VHF communications. “We are pleased to welcome Trig to our Roll of Honor” said Elly Sallingboe, head of the B-17 organisation.”

“Without Trig providing our TT31 transponder and both TY92 VHF radios we would not be able to tour Europe, where Mode S is mandatory and 8.33 radios will be required.”

Sally B (G-BEDF) is the last remaining airworthy B-17 Flying Fortress in Europe. She flies regularly at air shows, memorial flypasts and commemorative events as a memorial to the USAAF in Europe. In a typical year she will appear at around 20 such events in the UK and Europe. She is also a film star, having featured in the title role Memphis Belle, where she transported her young aircrew through the final, nail-biting sequence when the battle-torn bomber returns home from her final mission. The costs of operating and maintaining Sally B come entirely from the B-17 Charitable Trust, set up for just this purpose. It receives no official funding and relies solely on charitable donations, sponsorship and souvenir sales. “The last smoke coming out of Sally B after an air show is always in honour of our sponsors,” said Peter Kuypers, liaison for the Sally B trust and KLM pilot in his day job.“All in all we’ve got around six and a half thousand supporters at the moment.” Peter is also keen to add, that they don’t form a “rich men’s club”. The financial and hands-on support from so many is crucial. Peter is very proud of Elly keeping the aircraft flying for 35 years and that she managed to overcome the many setbacks she had during this period. But: “It’s a hobby which got out of hand”, Peter admits. Sally B’s role as the USAAF 8th Air Force Memorial Flight and her rarity as the only airworthy B-17 in Europe mean that she is a very popular attraction wherever she goes. This helps keep the message alive of the important role played by the B-17 during World War 2 and the courage and sacrifice of the crews who flew them. If you are interested in more information on Sally B or would like to be a sponsor, see www.sallyb.org.uk 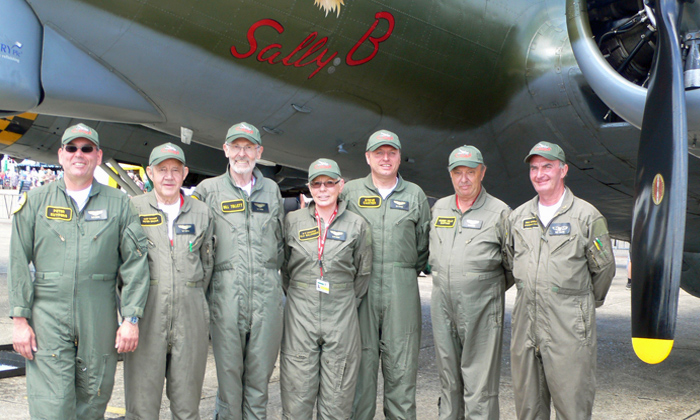 The dedicated crew of Sally B 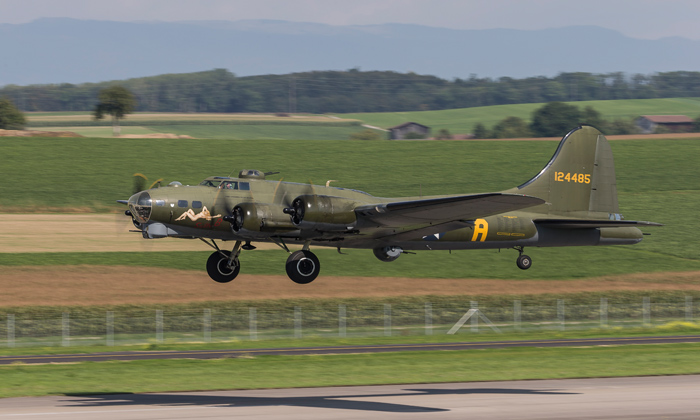 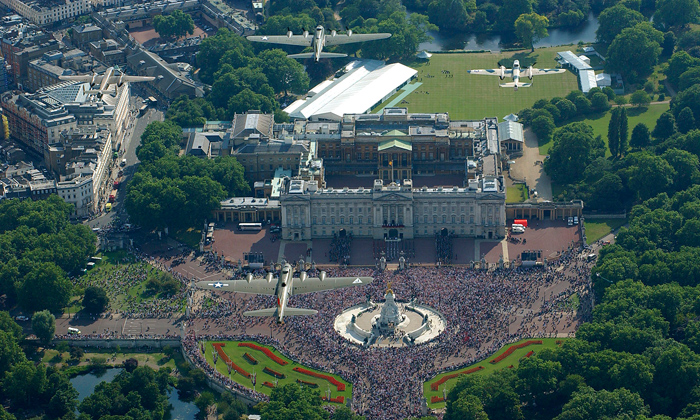 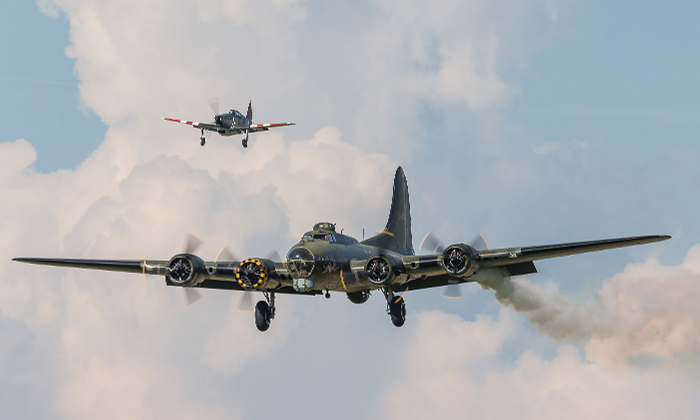