A remarkable aspect of aviation is when an aircraft design is simply so good, it becomes a classic.

The American Champion Super Decathlon is a multi-purpose training, aerobatic and touring aircraft. Although it first flew in the 1970’s it now uses updated build techniques and equipment, making it a very modern take on a classic design.

UK based Aerial Advantage are an Approved Trig Dealer and UK distributor for American Champion.  Chief Pilot Tony Richards explained why this aircraft is so appealing. “The Decathlon line features a Lycoming, 180 HP Engine with an Inverted Fuel/Oiling System this allow up to 2 minutes of inverted flight. It is a very capable machine, fully aerobatic with a limit loading of +6g, -5g. The Constant Speed Unit encourages a cruise speed of 141mph with 3.4 hours endurance and a 45min reserve. It’s the perfect hybrid for backyard flying and large airstrips alike with a take-off distance [ground roll] of 580ft and climb rate at 1130fpm. It’s a very forgiving trainer, yet it has the power to perform spectacularly in air shows …and it’s crazy fun to fly!”

“Trig equipment has proved very reliable, most of our aircraft that we operate have a mix of Trig radios and transponders.”

Decathlon G-TPSY is the UK based demonstrator – equipped with a Trig TY96 radio and TT31 transponder. Tony added, “The aircraft is due to be equipped with ADS-B Out, using a Trig TN72, making it seen and safe.” Aerial Advantage are the distributor for American Champion Aircraft in Europe and the Middle East too. Tony Richards said, “Trig equipment has proved very reliable, most of our aircraft that we operate have a mix of Trig radios and transponders.”

Reliability is vital, as the Aerial Advantage team operate rugged aircraft, including a North American Harvard at Old Buckenham airfield in Norfolk. Tony shared, “We have a number of aspects to our aviation business, including “The Promotional Aircraft Company” utilising aircraft to promote businesses and brands. A motorsports brand has been successfully boosted, displaying the Harvard at large scale race events. It gives the customer great exposure and value. We are proud to represent American Champion Aircraft. As a distributor, we can offer customers aircraft sales, tuition and aerobatic training.”

In all these activities Aerial Advantage rely upon Trig for communications and surveillance. Tony added, “We intend to offer Trig in each of the ACA aircraft that we deliver to customers, G-TPSY carries Trig logos to underline our commitment to these great products.” 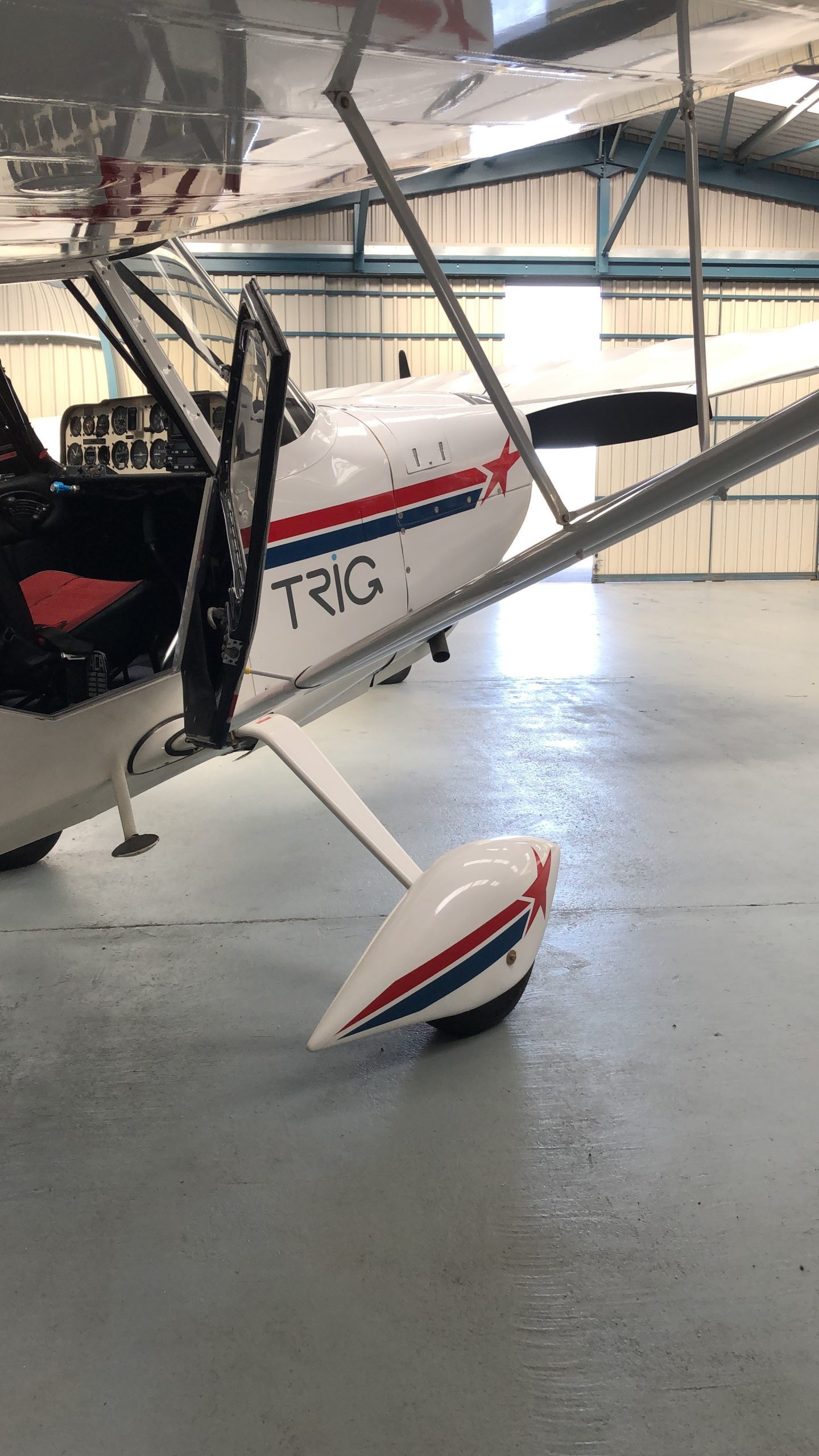 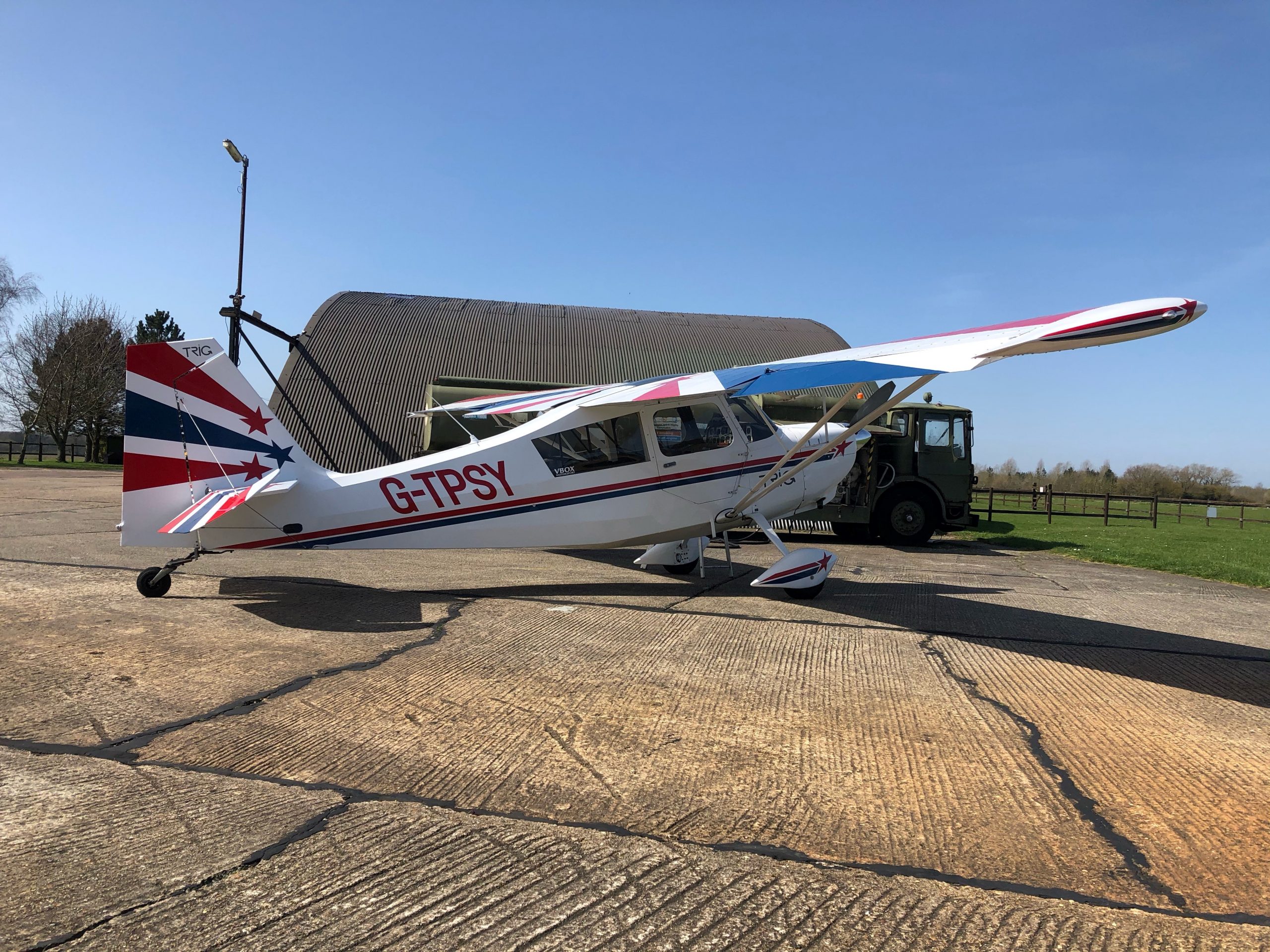 On the apron in Norfolk